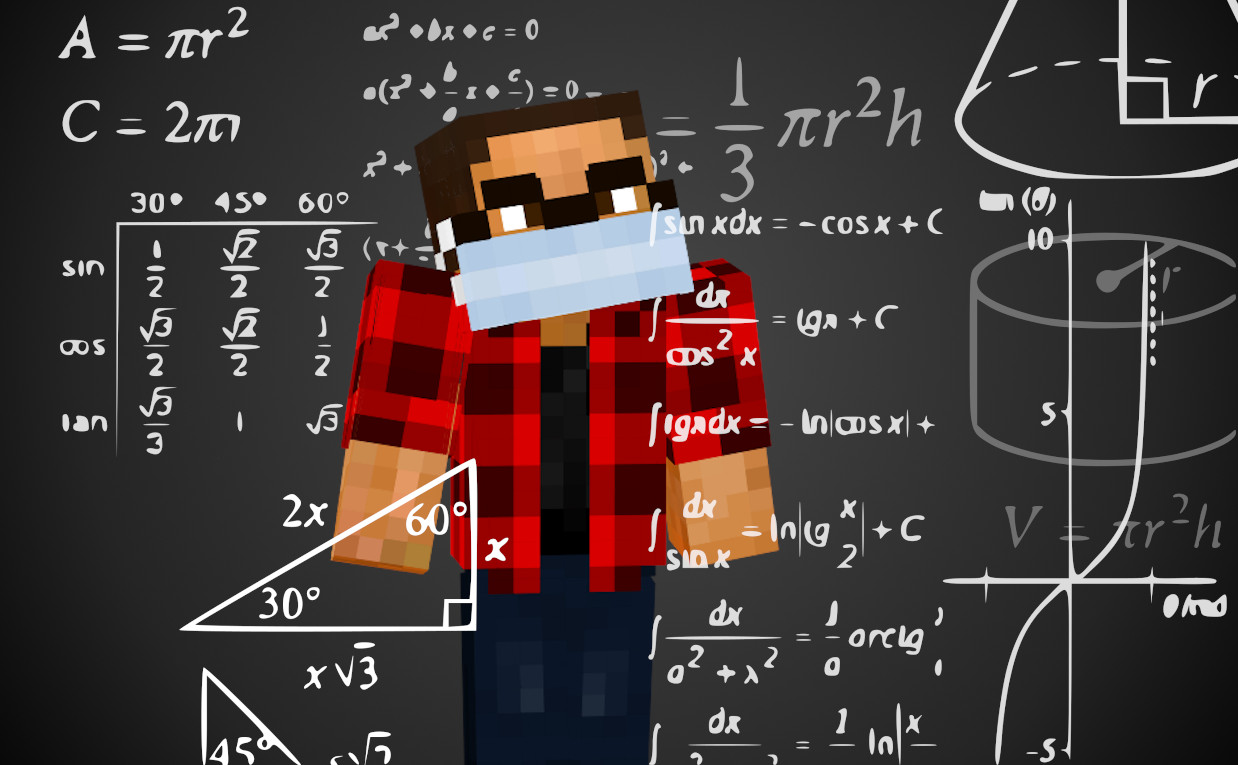 Note: If you just want to know what numbers to plug in where, skip to here.

So, Minecraft strongholds. These are rare underground structures that contain End portals, the only way to access the alien dimension called the End. Here, players like to build high-powered XP farms, one of the quickest ways to accumulate levels for mending gear or enchanting. It’s also the only place to get valuable items like shulkers and elytra. But getting to an End portal can be annoying, especially if, like me, you are an extremely lazy coward. Despite being tricked out in head-to-toe netherite armour with infinite arrows and a top-tier sword, I am absolutely terrified of monsters, and my entire play style is oriented around avoiding combat and danger as much as possible. And screw getting lost—I want to use safe, convenient public transportation networks as much as possible.

So it really grinds my gears when I need to use the End XP farm and find out that the End portal room is in some dark half-excavated cave in the middle of a trackless wilderness not connected to any roads or railways. I’d much rather find another stronghold, preferably one already near a settlement or road, and fix it up the way I like, with a nice safe End portal room, a well-signposted route in the Nether, etc.

There are a few different ways to find strongholds. If you know the Minecraft world’s seed, you can plug it into a tool that will calculate stronghold locations for you. However, public server seeds are generally kept secret to prevent people from doing stuff like that. The in-game method involves throwing Eyes of Ender and following where they float. You can get pretty technical with it.

But what if you don’t have Eyes of Ender? Well, as long as you know the location of one stronghold, you can use math to figure out where other ones are.

This means that once you know the location of one stronghold, you can calculate approximately where the others in the ring are. You know roughly how many blocks away they are, and, based on how many others there are, what angle to take. 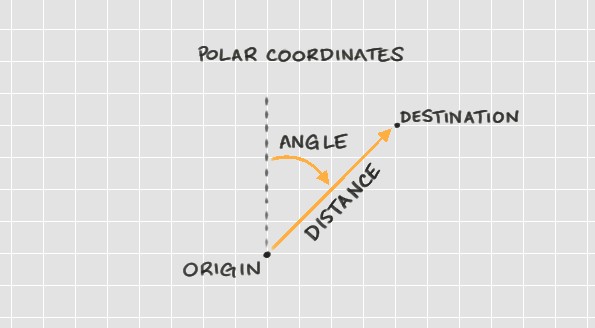 This is called a polar coordinate system, where a location is specified by its angle and distance away from the origin point. 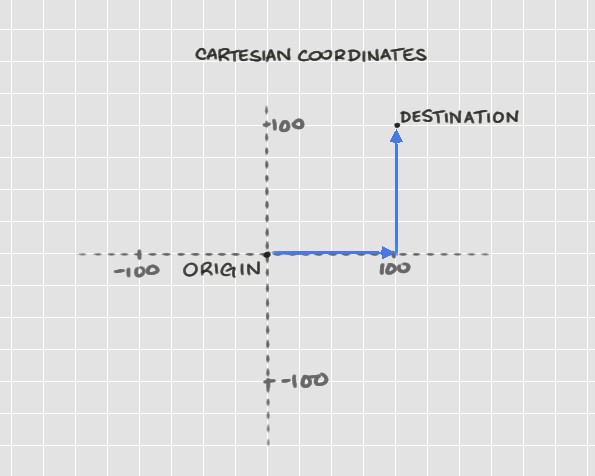 However, in-game, Minecraft uses a Cartesian coordinate system. Your location is described with 3 numbers: X (east/west), Y (up/down), and Z (north/south), which you can see on the debug screen when you press F3. (In this case, we can ignore the up/down axis.) 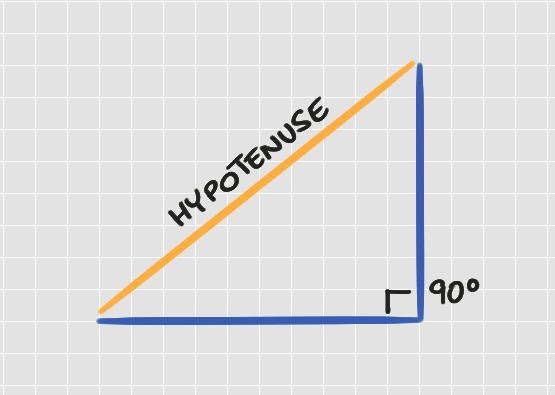 Put the two together and you have a right-angled triangle! The right-angle sides are your Cartesian coordinates, with the polar path as the hypotenuse. That’s right, all it takes to convert one kind of coordinates to the other is freaking SOH CAH TOA. (Which is currently part of grade 10 math here in Ontario.)

To convert Cartesian to polar coordinates, you use the opposite and adjacent sides of the triangle to calculate the hypotenuse and angle, using the inverse tangent function (a.k.a. tan-1 or arctan).2 And to convert polar to Cartesian coordinates, you use the hypotenuse and angle to calculate the opposite and adjacent sides using the sine and cosine functions.

How to do it

You can do each calculation individually, or plug the numbers in here. (Use your Z-coordinates as y; and make sure you’re getting the angle in degrees, not radians.)

Checking the dynamic map’s cave view reveals a stronghold at around -4760, 7180!

As you can see, because there is such a wide range of possible values of r, the end result is not very exact. But it does narrow it down considerably; you know what area to search, and can plan your journey accordingly.

Exercises for the reader

In conclusion: I literally never thought high school math would come in handy, and yet here we are. If I’d actually paid attention in class instead of writing Star Wars fanfiction, maybe I wouldn’t have had to learn this all over again.

Many thanks to the patient people on Twitter who helped me figure out how to do this in replies to this tweet, particularly @mathematigal!

I did figure out the triangle thing on my own, though.