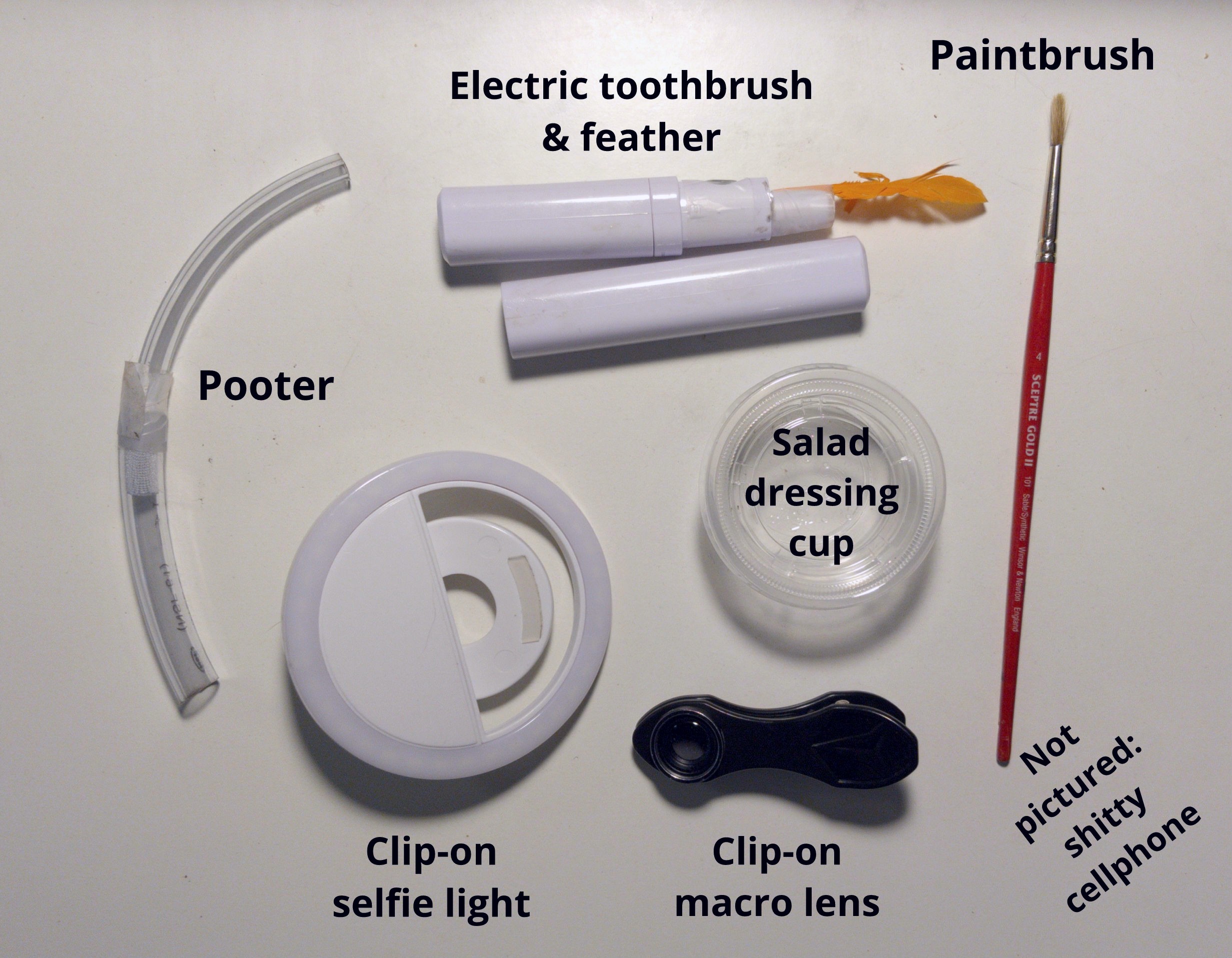 You don’t need a DSLR, professional science equipment, or even a really expensive smartphone to get up close with spiders (or any other bugs). I’ve been using my cheap-ass smartphone and gear cobbled together from the dollar store for years. So, here’s what I’m using right now, as well as some recommendations for other stuff I’ve used in the past.

Note: none of the product recommendations are sponsored, I don’t get any kickbacks, your mileage may vary, etc. This is just what I’ve found useful over years of trying a bunch of cheap shit and seeing what works for me personally.

If you have a decent, newish smartphone, you’re good. If not, there are still ways to get around your phone’s limitations. My current phone is the Moto G5 Plus, a “budget” smartphone from 2017. To take better-looking photos, I use, among other things: