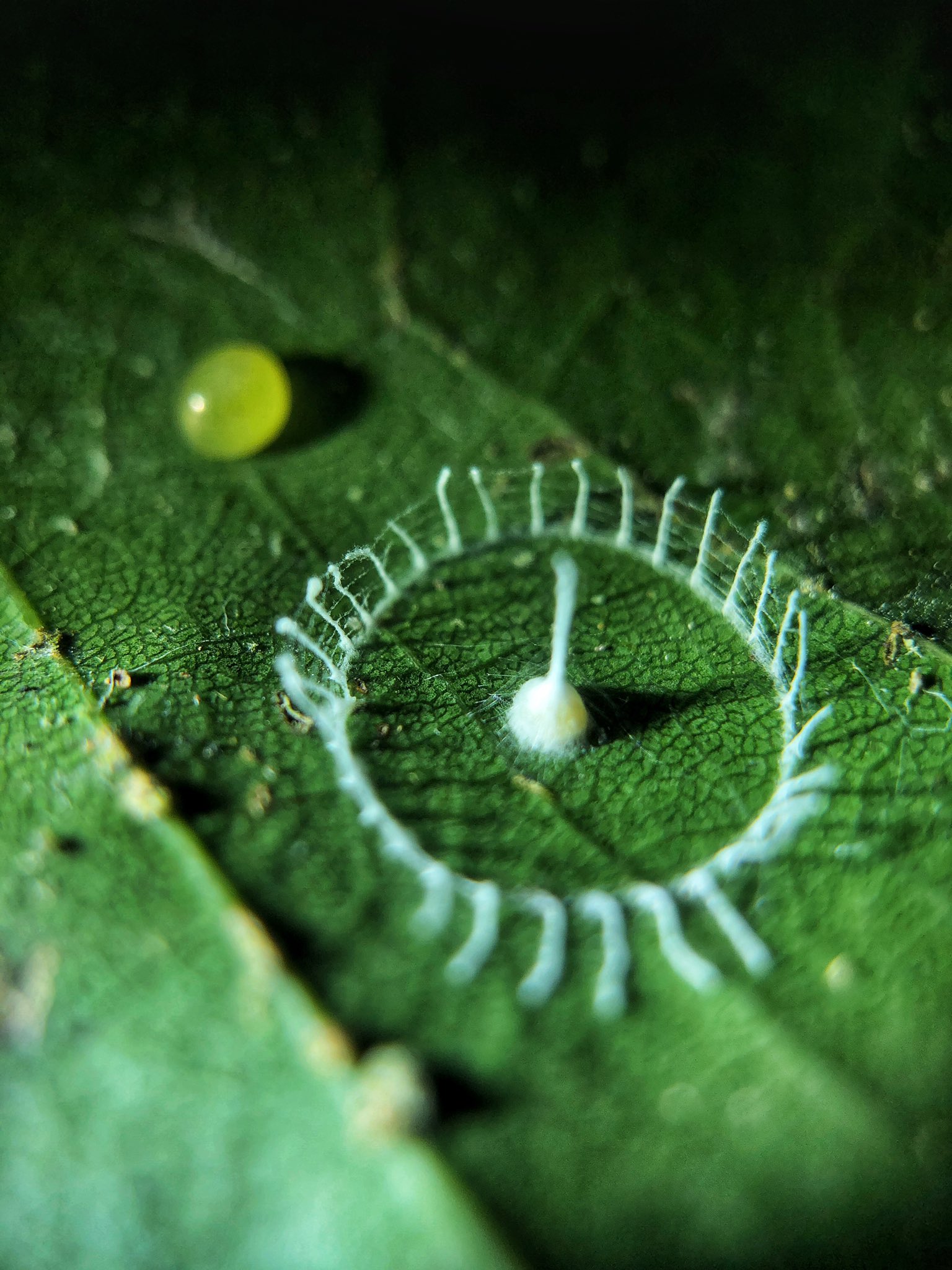 Thank you for allowing me to meet you. You are beautiful, and I want to share your beauty with others, to teach people to care for your kind. To do that, we have to know what to call you. May your sacrifice benefit not only your kind, but also all spiders and the humans who learn to love them.

Look what we found! First night out in Tambopata and my first silkhenge sighting in 3 years. pic.twitter.com/hbzYZTSLkd

[The author] would also like to thank his children, Logan and Ross Cathrine, for leaving pieces of mushed banana out on his kitchen table.

LIVING ON THE EDGE! There are few reports of spiders feeding on nectar but this is possibly a first. A spider getting an easy meal by feeding on the nectar secreted by the Venus’ Flytrap. It survived.. this time! #PlantsWithBite #nature #spiders @NatGeo @austmus #WildOz #wildlife pic.twitter.com/6tREJ0GWXB

Thank you for reading! Corrections and suggestions welcome.