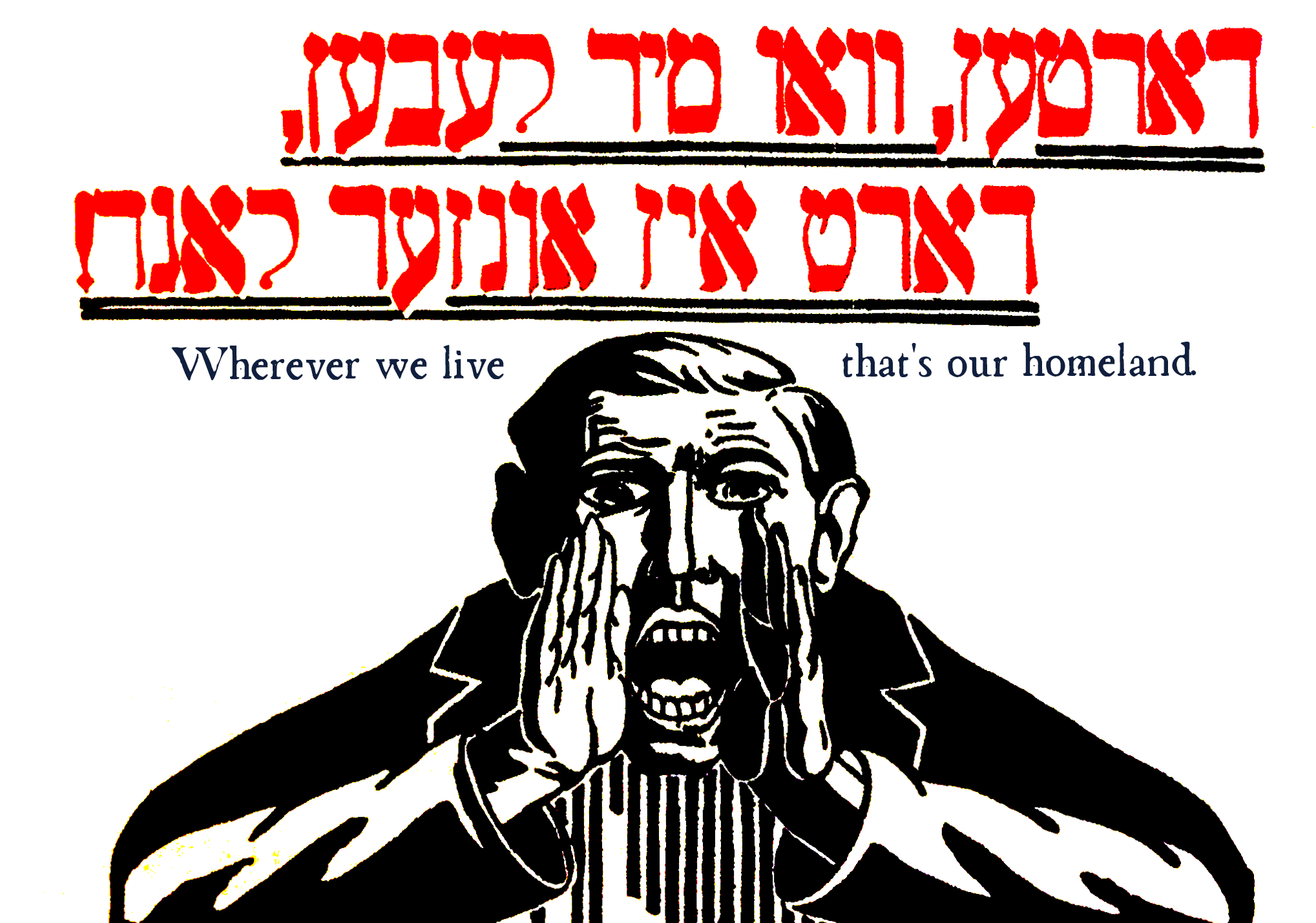 Header: reproduction of a Jewish Labour Bund election poster from Ukraine. Description of the original: “Poster stating ‘There where we live, there is our country! A democratic republic! Full political and national rights for Jews! Ensure that the voice of the Jewish working class is heard at the constituent assembly!’ Kiev, ca. 1918. The poster further urges Jews to vote for the Bund candidates, Slate 9, in an election following the Russian revolution, when non-Bolshevik parties were still being tolerated by the Communist regime. From the Archives of the YIVO Institute for Jewish Research, New York.”

The second installation of links I’ve been reading/sharing/whatever.