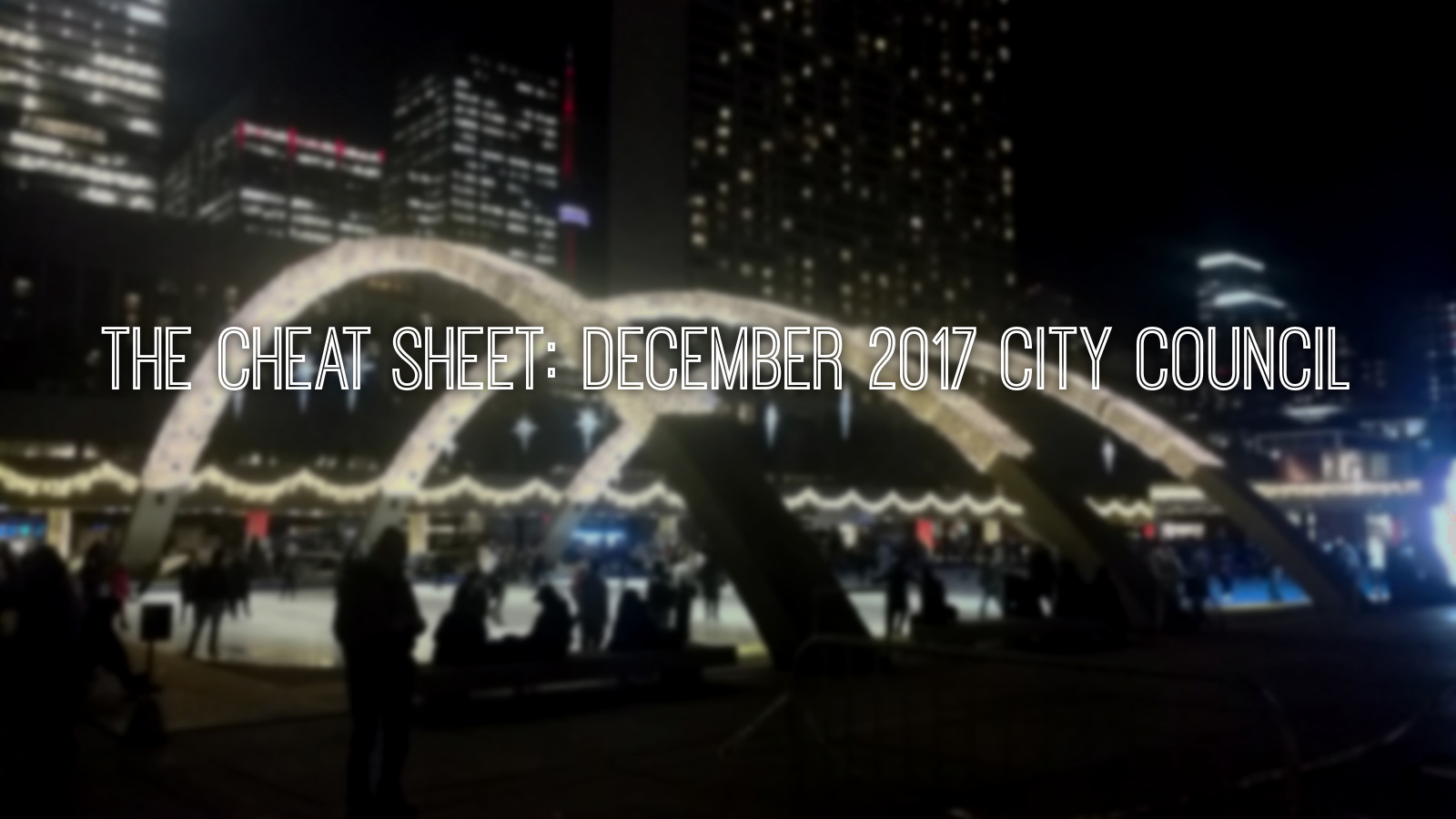 Hoo boy. Here’s a motion that would introduce what’s called a development permit system in Toronto. It’s kind of an alternative way to do zoning that (among many other things) pre-empts OMB appeals and gives more power to city planners, which is both good and bad, really. The community is meant to get a lot of say in creating a development permit by-law for their area, at the cost of being able to appeal or make exceptions for individual developments as they come up. See Dylan Reid’s article for a thorough explanation of how a DPS works and the pros and cons of implementing it here. And much thanks to Andrew Jeanes for walking me through the basics.

Well, Council did go on to amend the Official Plan, but they haven’t actually passed a Development Permit By-law yet. Development industry group BILD and a bunch of rate-payer groups got the OMB (Ontario Municipal Board) to put appeal hearings on hold till there’s actually a by-law on the books and people can appeal that instead. So yeah, I think that’s what’s going on there?

War On the Car

Sorry for the lateness, I really have no excuse. Anyway, watch along with the Council livestream! Thanks for reading, and any corrections, additions, suggestions, etc., are welcome.

One thought on “The Cheat Sheet: December 2017 City Council”