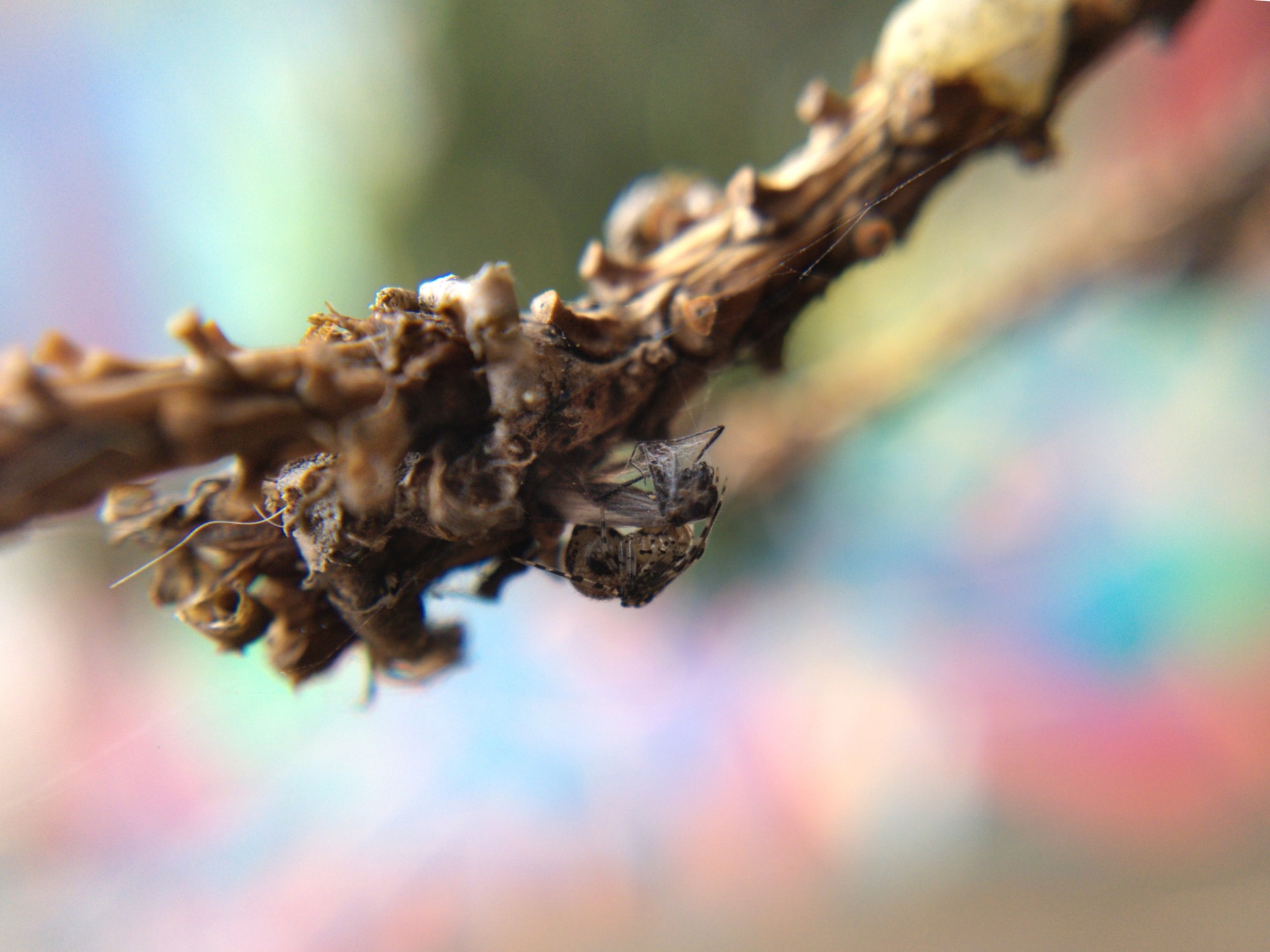 This winter I have tried to get into the habit of getting a coffee and a pastry at the White Squirrel and going for walks around Trinity-Bellwoods, just to get out of the house. There haven’t been bugs, but there are sometimes Fancy Birds: finches (house or purple, I’m not sure), woodpeckers, and once a Cooper’s hawk. Today it was quite nice and to my surprise there were flies and midges in the air, red velvet mites crawling in the soil, and the first spiders out and about!

There were some small wolf spiders in the leaf litter, but they were too skittish for me to get a photo. I also saw a poor dead bold jumping spider (Phidippus audax) that had gotten trapped between the panes of the greenhouse wall and died. Hopefully I’ll find a live one this summer.

And, just as I was leaving the park, I noticed this cobweb spider (family Theridiidae) on the tip of a bare spruce twig! It reminds me of a Theridion or maybe Platnickina, but I’m terrible with theridiids.