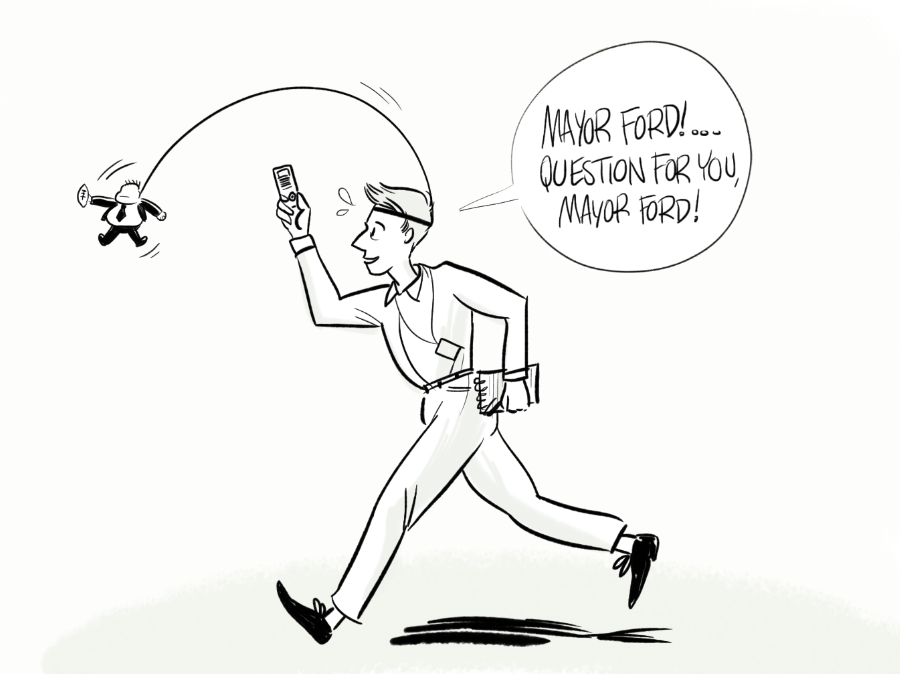 As much as you’d like to hope that City Hall is too big and important an institution to be filtered through one man, that is not the case. Time and again, our public conversations have been distilled through Rob Ford’s ideology, preferences, and id. Rather than discussing important issues, like the funding crisis at Toronto’s social housing agency, we heard about the chief magistrate’s homophobia, racism, and misogyny. Would he apologize this time? What did he really mean, though? What would he say to Joe Warmington?

I think that there’s a sense in the press that they don’t want to start something. They want to respond to something. I think that’s a misunderstanding of what the world of the press should be. I think the Toronto Star is the exception to the rule I’m about to describe, but I think, generally speaking, the Canadian press has strayed from its basic connection to its audience. We should be running toward things that have not broken yet. News should be what people don’t know about yet. Everybody is just sort of chewing on the same bone. To be in a completely responsive mode is not responsible journalism.

It’s been incredibly vindicating to see Jesse Brown come along and make these criticisms of the industry. Not that we haven’t been yelling our heads off, but there are an awful lot of media people who will only take it seriously if it comes from the the right sort of white guy. (I don’t think they even realize they do this.) If you are one of those media people, go play outside. Everyone else, keep reading: END_OF_DOCUMENT_TOKEN_TO_BE_REPLACED