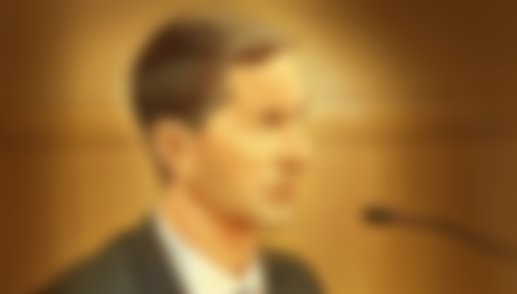 As a bit of a theology nerd I was excited to hear that Nigel Wright, the Prime Minister’s former chief of staff, cited the Bible in his testimony in Mike Duffy’s trial. When Wright personally reimbursed Duffy for $90,000 of expenses the disgraced senator had to repay, he wanted it kept private—because, he said today, of Matthew 6:

1 Beware of practicing your righteousness before men to be noticed by them; otherwise you have no reward with your Father who is in heaven. 2 So when you give to the poor, do not sound a trumpet before you, as the hypocrites do in the synagogues and in the streets, so that they may be honored by men. Truly I say to you, they have their reward in full. 3 But when you give to the poor, do not let your left hand know what your right hand is doing, 4 so that your giving will be in secret; and your Father who sees what is done in secret will reward you.

In the context of his previous statement, that he paid Duffy out of “obligation”, one is reminded of the Jewish mitzvah of tzedakah, or charity. Mitzvah, while often translated as “good deed”, actually means “commandment” or “religious obligation”. And privacy and anonymity are an important part of tzedakah—the Talmud says that someone who gives tzedakah in secret is better than Moses.

It’s not just about motivation—i. e., ensuring that the donor isn’t just doing it for an ego boost. The more important principle is to preserve the dignity of the poor. This priority is enshrined in the biblical commandments, tucked away in the dead boring parts of Leviticus and Deuteronomy, that farmers should not harvest their entire field, but leave a corner behind for the poor to harvest themselves. From this a vast array of rabbinical laws, interpretations, and anecdotes proliferated: the poor should not have their time wasted waiting for help; one must avoid humiliating the recipient at all costs; someone should not have to sell off their assets or the tools they use to make a living in order to be considered eligible for aid.

The way anonymity preserves the recipient’s dignity is made explicit in the medieval philosopher Maimonides’ ranking of eight levels of tzedakah. The fourth heighest level of tzedakah is when the recipient is unknown to the donor. The third level is when the donor is unknown to the recipient. The second level is when neither the donor nor recipient know who each other is. And the absolute highest level of tzedakah is preventing a person from becoming poor in the first place, by giving them a gift or a loan or helping them find work.

When Jesus was alive, none of this had been written down yet, or codified so precisely; it was a tumultuous period when rival sects and academies were still battling it out. Judaism (as we know it) and early Christianity would each coalesce later. To take Jesus’ view of charity in context, one should also consider the Jewish version, which reflects one of the traditions that existed during his time. Anyway, this is all to say that he probably called people hypocrites not just because they gave alms to feel good about themselves, but because they embarrassed the poor as well.

It is in this light that we should see Nigel Wright’s generous gesture towards Mike Duffy. Repaying $90,000 would surely have put the senator in poverty, probably requiring him to sell off some of his assets. This would not have escaped the press, who would glory in his humiliation. By paying Duffy, Wright intended to allow him to maintain his self-sufficiency. And by requesting secrecy, he stayed true to the spirit of tzedakah—acting selflessly, out of obligation to the Prime Minister God. It is only a mark of our fallen times that this deed landed him afoul of the Criminal Code. Would that we all, Christian, Jew, and otherwise, had such a commitment to charity.