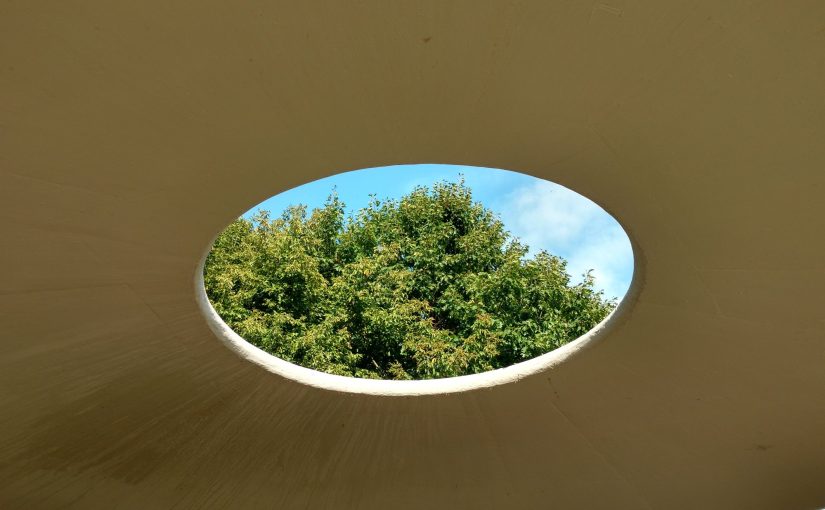 Yesterday afternoon, after the rain stopped, I made a quick trip to the Oculus—the long-abandoned space-age modernist pavilion near the foot of the Humber Trail. And within a minute’s walk along the trail in either direction, I found more spider diversity than I ever find in my usual sites!

I had been hoping to find arabesque orbweavers (Neoscona arabesca), as my usual ’scona go-to, Humber Bay Park East, is closed for shoreline remediation. I was richly rewarded. These mesmerizing orbweavers are ornately patterned with flecks of white, gold, red, olive, and blue-black.

Literally gasped when I found this Argiope trifasciata hanging out under the goldenrod. I haven’t seen one in years!

There were also many tiny orbweaver spiderlings, like this one with a delicate grey folium (leaf-shaped dorsal marking). It might just be a Larinioides, but perhaps it is something else?

I couldn’t get any proper photos of this small brown-marked orbweaver, but these blurry photos were enough to ID it as Mangora placida.

At this time of year, tiny mesh-web weavers (family Dictynidae) are plentiful. On one plant I found three, each nesting in a different leaf.

And of course, grass spiders (Agelenopsis) are everywhere!

In some goldenrod flowers, I noticed an ant alate that was not quite as lively as the others.

I saw this small bold jumping spider (Phidippus audax) on a wild parsnip plant. The sap of this plant can react with sunlight to burn skin. But it was kind of dead and dried up, and I almost never see bold jumpers, so I risked holding the stem for better shots. (It was fine.) While fearful at first, the P. audax soon became curious and kept trying to jump at the camera.

Around the edge of the clearing right around the Oculus, the low vegetation was full of European red ants (Myrmica rubra) looking for aphids and whatnot. But some were not ants. I found that looking at the undersides of certain large leaves was a good way to find ant-mimic jumping spiders (Myrmarachne formicaria). However, by this time the light was fading and these spiders are so fast-moving that I could not get very good shots.

When I found this ant-mimic jumping spider, I knew immediately it was something special. It was slender and dark and had a rounded, curvy abdomen quite unlike the other ant-mimic jumpers I’ve seen (Myrmarachne and Synageles). I just tried to get as many pictures as I could. Later, when I posted the pics on Twitter, @apsciencebydan (who encounters and photographs a huge range of ant-mimic jumpers in Florida) helpfully identified it as an almost-fully-grown male Synemosyna formica. This is a new sighting for me, and they’re not very common in Ontario!

I’m thrilled with my “haul”, and given how close it is—only about 20 minutes by bike—I’m certain I’ll be back to the Oculus soon.