Feeling rather hopeless lately and I’m not really sure why I’m writing this, except to bear witness, and because I don’t think it’s helpful to only report far-right rallies, you know?

Anyway, went to a rally in solidarity with Charlottesville put on by SAFE (Solidarity Against Fascism Everywhere), the committee formerly known as OCAI (Organizing Committee Against Islamophobia). We assembled at the statue in Queen’s Park. A smallish crowd—I’m terrible at estimating these things—perhaps 50 or 60 people, on the low end? Cute protest doggos: 3.

Attendees: the usual, really—capital-S Socialists, Wobblies, Marxists, UJPO, young punky-looking types, randos like me, a few families, way too many cops (like a dozen, on bikes). 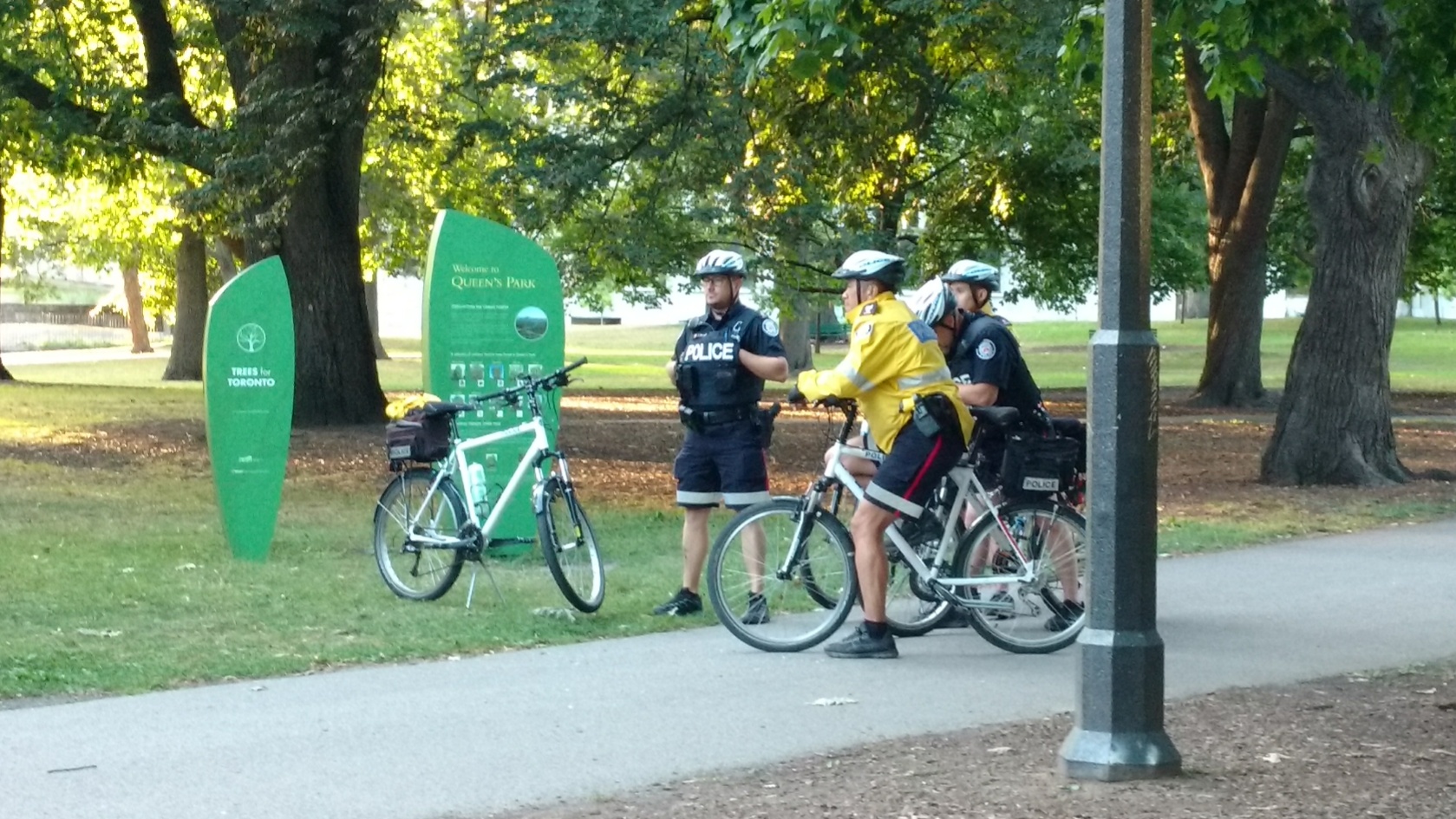 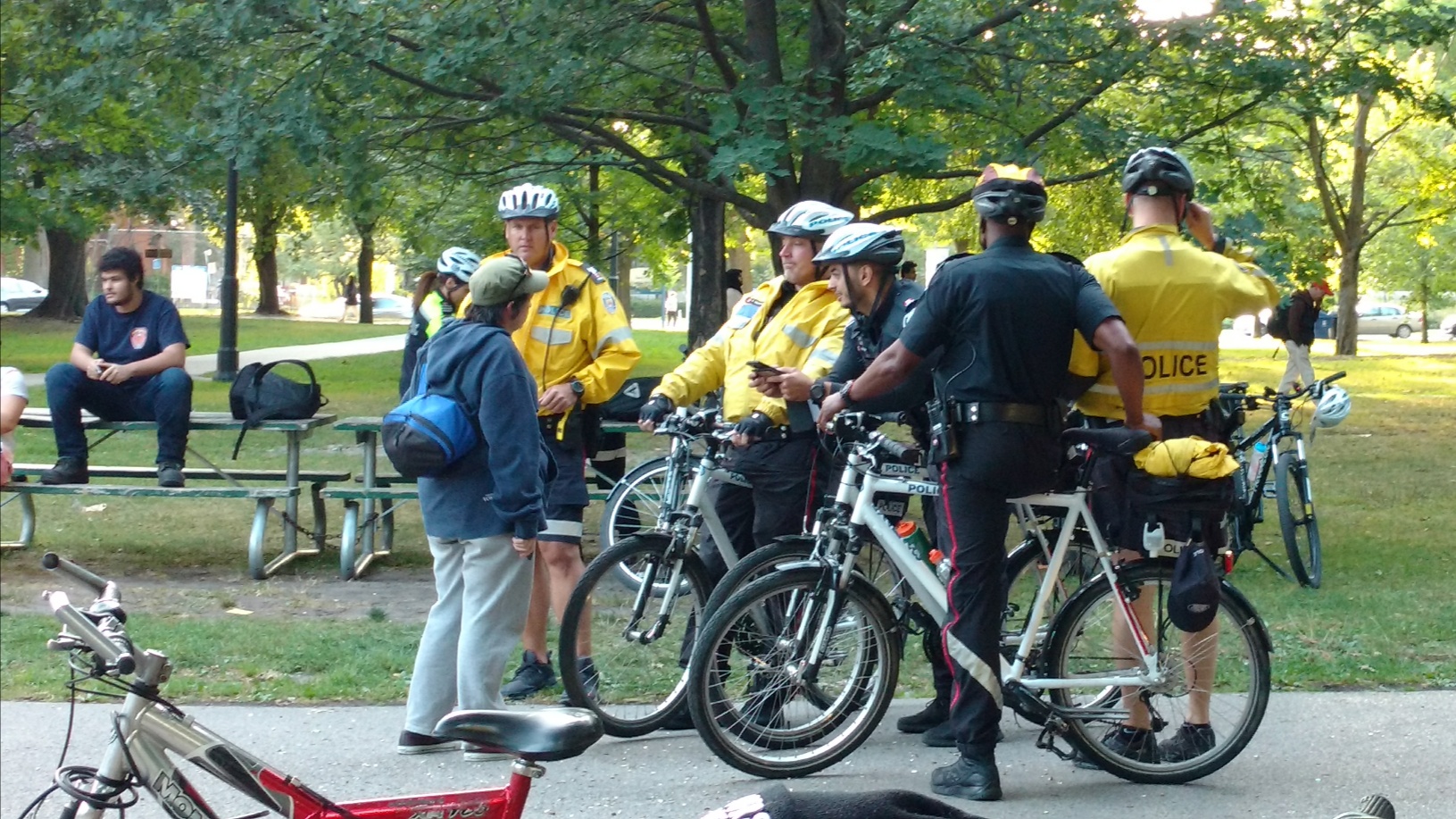 Speakers: Ena͞emaehkiw Kesīqnaeh; a couple more whose names I didn’t catch. General anti-colonial bent; solidarity with Venezuela, Palestine, etc. One speaker made some rather interesting points about the composition and claims of the “alt-right” and argued that the first gathering of such happened even before Trump was elected, when a certain U of T professor staged a sort of rally against transgender rights that brought out the whole aggrieved white male crowd.

Disturbances: none to speak of really. While people were speaking, one bystander was being loudly upset about the perceived privileges of Syrian refugees because he himself had been homeless for a long time. I thought about going to talk to him as I think he just wanted someone to listen to him, but it seemed that either someone else did first or he went away.

After the speeches there was a march, which I could not stay for. Unclear (and irrelevant, really) whether the organizers had a permit or just took to the street. 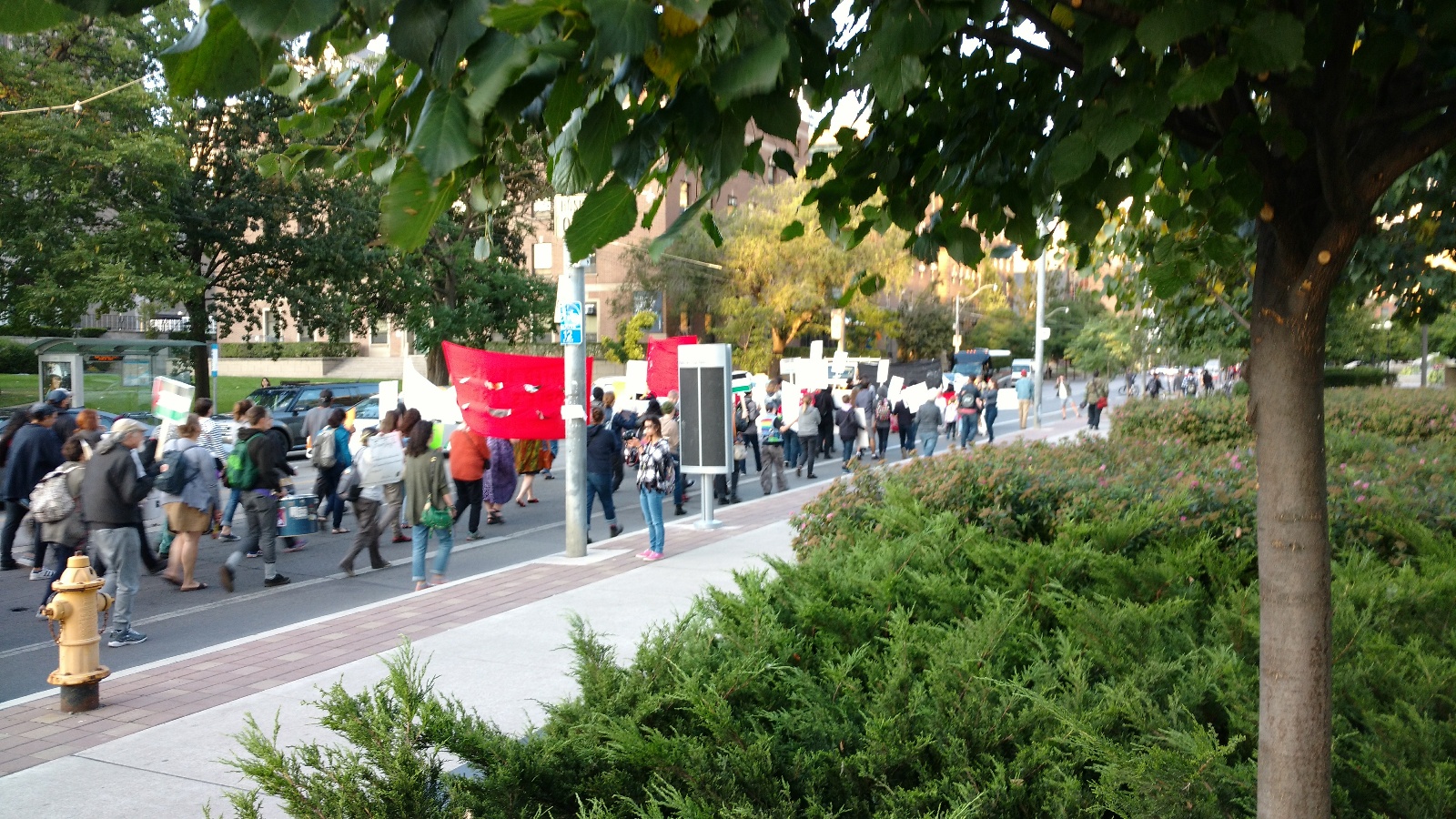 The marchers heading east on College.

Trying out the WordPress Android app, so please forgive any temporary snags.